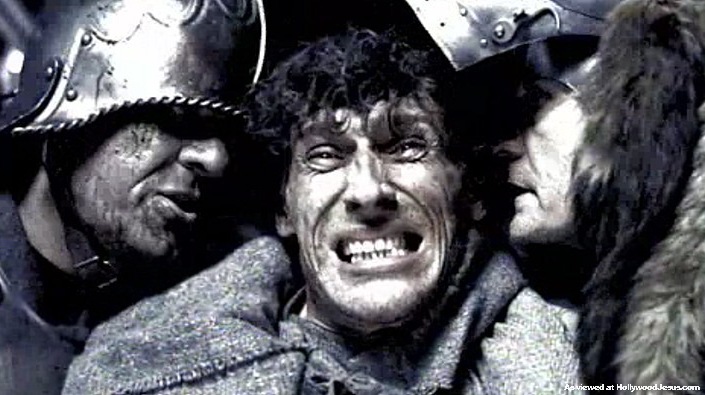 I fought in the old revolution
on the side of the ghost and the King.
Of course I was very young
and I thought that we were winning;
I can’t pretend I still feel very much like singing
as they carry the bodies away.
Leonard Cohen, The Old Revolution

‘Thermidorian’ refers to 9th Thermidor Year II (27 July 1794), the date according to the French Republican Calendar, when Robespierre, Danton and other radical revolutionaries came under concerted attack in the National Convention, resulting in their downfall and execution.

Grim travelers butt each other to establish dominance. One lot plays Danton to another’s Robespierre, with the moderate Manon Roland and her Girondins trampled underfoot in the melee. Robespierre destroys his erstwhile friends and slaughters thousands, precipitating the Jacobin meltdown as the ascetic and purist Marat is murdered in his bath. Robespierre and Saint-Just are guillotined by those who believe “the Terror” had gone too far.

I would argue that this “Thermidorian Reaction” – the ostensibly “better angels of our nature” (Abraham Lincoln said that) reasserting themselves – is a rare bird indeed. Inevitably, things get worse, much worse, before they get better. As WH Auden observes in Age of Anxiety, “many have perished: more will”.

Revolutions are unpredictable. They never run in straight lines. They reverberate, the shock-waves expanding and impacting on their vicinity,  and way beyond. The shots ricochet, like drive-bys and crossfires, and you never know who will be hit, where the bullets will come to rest, and who will be damaged or destroyed. Many people will be liberated, and many enslaved. Many peoples will prosper, and many, many will perish. As TS Elliot wrote, “between the idea and the reality falls the shadow”.”

Stalin seizing Lenin’s crown as the father of the revolution lay dying. Trotsky launching the Red Army against the sailors of Kronstadt whose guns had heralded the fall of the Romanovs, and who then fought to last man against their former comrades. Stalin and Trotsky wrestling for control of party and power as the old Bolsheviks disappeared into the gulags and the execution cells. Stalin’s long arm putting an ice pick through his rival’s skull in Mexico decades later. Trotsky knew a thing or two about “permanent revolution”!

Adolf Hitler making his move against the corrupt and sybaritic Rohm and his Brown Shirt bully boys, a threat to his control of party and state, in the “Night of the Long Knives”, and setting the course for a Germany’s slow spiral to damnation with the plausible deniability of the similarly dramatically named Kristalnacht. The German language has surely given the world ominous words of iron – Nacht und Nebel; Storm und Drang; Weltanschauung – none of them boding well for tyranny’s unwelcome attentions.

It is a zero-sum play book well thumbed by latter-day revolutionists like the Baathists Saddam Hussein and Hafiz Assad in their relentless and merciless accession to power in Iraq and Syria respectively, like the cruel and vengeful but infinitely pragmatic regime that has ruled Iran’s Islamic Republic for these past forty  years, and the kleptocratic dictators who Lord over much of South Saharan Africa. In the manner of revolutions past and present, each one has “devoured its children”, harrying, jailing, exiling and slaughtering foes and onetime allies alike.

The sad reality in so many countries is that when the going gets tough, the mild get going, and the hard men ride roughshod over their people.

Vengeful, vindictive. Merciless. Unforgiving and never forgetting. Do no deals. Take no prisoners. Give no quarter.

Also in In That Howling Infinite:  A Political World – Thoughts and Themes 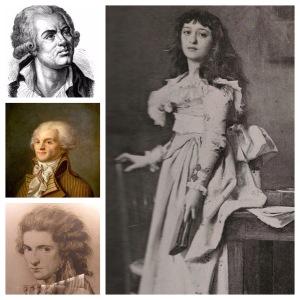