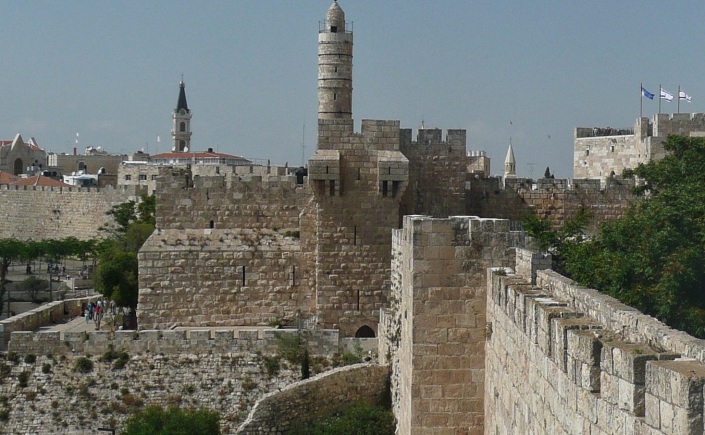 In my earlier blog, The Grand Old New Imperial Hotel, I wrote:

Had the hotel been there in Biblical times, what events we might have witnessed from our balcony. King Herod, the ostensibly psychotic master builder of Bible infamy dwelt opposite as he planned his Second Temple. So did Pontius Pilate. If one accepts the narrative of Simon Sebag-Montefiore, in his Jerusaelm : The Biography, we could also have watched the last journey of Jesus of Nazareth. It was but a short distance from the Citadel where he was condemned and Golgotha where he died: across the square, right at the New Imperial, left just past the Med, and straight on to the Hill of the Skull (where the Church of the Holy Sepulcher now stands). The present Via Dolorosa runs from the site of the Antonine Fortress, on the northern edge of the Haram ash Sharif, to The Church, its course set by custom and customers from Byzantine days.

And now it appears that this indeed might have been the case. 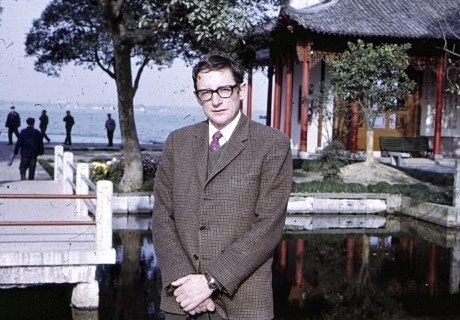 In memoriam for our old friend, scholar, wise man, and neighbour of 20 Watkin Street.

John Cleverley was a stalwart of many battles with Council, and indeed, with any overbearing and presumptuous authority. At his funeral service, his brother told the story of how his dad sent him to participate in the school nativity play dressed not in shepherd garb, but in the white shirt and red scarf of Mao’s little pioneers.

Adele and I first met John during one of those numerous stoushes we had with the now defunct South Sydney Council, and were good friends ever since. For many years, I would entertain his many Chinese visitors with a formal presentation on accounting in a publishing company. Whenever I would encounter John in the street, we would have a good yack about Australian politics, the doings of the Tories, and the manipulations of the Murdoch empire.

John lived a full and colourful life and left a very large footprint. The obituary tells a great story. 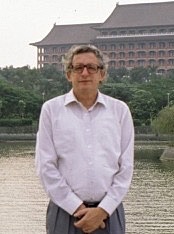 Education Academic Reached Out To China

John Cleverley, formerly pro dean of the Faculty of Education at the University of Sydney, first visited China in 1972. He was an organising member of the first study tour led by Australian UNESCO education chairman, Professor of education Bill Connell. This group, the first delegation of Australian educators to visit China, was there when the Whitlam government recognised the People’s Republic of China. China was an abiding interest for the rest of Cleverley’s life.

John Farquhar Cleverley was born on June 4, 1931, in an England at peace, but ravished by the Depression. His early years were at Lime Grove in London, from which he was evacuated in 1939 at the outbreak of war. His education started at Lime Grove Preschool, which was followed by Canon Lane Elementary School and later the John Lyon School in Harrow, an endowed grammar school.

Cleverley began work in a cottage industry and progressed to be an office boy in publishing. His decision to migrate to Australia in 1949 with a £10 berth (halved as he was under 18), was fired by his reaction to post-war Britain. He once posed the question: “Why should the accident of status and birth accord status and arrogance?” He believed people should be their own masters, was uninterested in army service to uphold the Empire and hoped for a reconstructed world after the horrors of the war.

In Australia he became a grocery assistant, Commonwealth public servant and a sales representative in publishing. Although unaligned politically he actively opposed the Communist Dissolution Act Referendum in 1951. He wanted a better, fairer more just society based on social inclusion and the free exchange of ideas.

UIn 1951 Cleverley set out on a program of “self-improvement” which continued throughout his life. He took classes at Sydney Technical College, took the NSW Leaving Certificate, matriculated for university entry in 1954, and supported himself by working in a printing foundry at night.

He entered primary teacher training at Balmain Teachers College in 1952 and became president of the Student Representative Council in 1953. He taught at Randwick, Balmain Demonstration and Woollahra Public Schools (in the latter teaching the opportunity class) while he pursued part-time studies at the University of Sydney. In 1958, he married Cecily Kearney.

Work in teacher education followed at Wagga Wagga Teachers College, where the family moved in 1960, before a stint in the Commonwealth Department of Education supporting Colombo Plan students.

At the University of Sydney he systematically pursued his undergraduate and post-graduate studies – a BA, MEd (Hons), and PhD. He moved to Monash University in 1965 then back to Sydney in 1972 to teach international and comparative studies in education and to help Connell to organise the now famous China education study tour of 1972.

Another tour followed in 1976, then many others, as well as many personal visits, often instigated by the Chinese. As a result, Cleverley developed a prodigious network of institutional and personal contacts from which a sustained program of outreach and exchange grew.

With the establishment of the pioneering Sydney University China Education Society (SUCES) in 1972 and under Cleverley’s careful guidance, educational and cultural exchange between China and Australia flourished.

SUCES morphed into the University of Sydney China Education Centre (Australia) in 1986. Cleverley imprinted his view that the society/centre was an apolitical grouping that saw cultural exchange as a public good. Much of what the group did was enlivened by Cleverley’s commitment to “people to people” contact and exchange. This gave the group strong capacity to reach out and host Chinese students and visitors in Australian homes and help them to engage with the Australian community.

Cleverley saw this as a different but successful “relational” approach for sustained success, antithetical to the current “transactional” norm focused on short-term dollar returns. The benefits and value of such exchange have been recognised by successive Chinese ambassadors to Australia.

SUCES received its first guest “worker, peasant, soldier” Chinese students who were studying in Canberra in 1973/4. Then a famous group came in 1979. It was known in China as “Aobang” (The Australian Gang) and in Australia as the “Gang of 9” and the members primarily studied literature or linguistics.

When the group returned to China, six of them established Australian Studies Centres in their home universities. In 2009 there was a 30-year celebration in China of this group and Cleverley was invited and honoured there. Over the years he was appointed an honorary professor at East China Normal University, Jiangxi Agricultural University, Shanpou University and South China Normal University, positions he held until his death.

The education centre, led by Cleverley (who was promoted to professor and married Margaret Teo in 1986) until his retirement, became well-known in educational circles in China and Australia, in Commonwealth and state education departments and by the Chinese Ministry of Education and the consulate in Sydney. It brought prestigious visiting scholars to speak at the University of Sydney, ran cultural exhibitions and displays, obtained grants for cultural exchange, published books and newsletters, held conferences, and was supported by a loyal following of Australian and Chinese associates.

As well as his work with China, Cleverley developed a national social studies curriculum in Papua New Guinea with Gerald Johnston and Roger Hunter. He also did some educational consultancy work in Thailand.

When a new building was proposed and planned for the Faculty of Education at the University of Sydney, Cleverley was called on to oversee the project. The outcome (opened in 1993) gave the faculty excellent facilities, but this was not without rancour. Access to some of the building space was fiercely coveted by some outside the faculty. The battle was won but not without challenge but the Faculty of Education’s position was ably carried by Cleverley.

Cleverley was also active in supporting opportunity for indigenous Australians at the University of Sydney, especially through the Aboriginal Teachers Aides (ATA) program offered through the Koori Centre. In 1983 he was invited to take management responsibility for this program which, though 10 years old, had been poorly funded and was barely viable, running heavily on goodwill and dedication.

His view was that the “disadvantages and disabilities facing Aboriginal people were historic and continuing, and this was indisputable”. For Cleverley the ATA program represented a major social equity initiative. He championed the Koori Centre before and after Commonwealth funding was forthcoming in 1990, and led it until his retirement in 1993.

Cleverley contributed significantly to teaching, scholarship and research in a number of education fields especially in comparative and international studies, particularly Chinese education. At the time of his death two additional works on China were approaching completion. These will be carried to publication by his close colleagues.

John Cleverley is survived by Margaret, children Anne, Helen, Jane, David and Elizabeth, seven grandchildren and his many students, colleagues and friends.