Paris has a myriad of attractions for history tragics. For me, there are three ‘must sees’ that are at the top of the ‘out there’ list. Les Catacombes de Pariss are one. The folk cabaret Au Lapin Agile is another. and the third is La Cimetière du Père-Lachaise, the most famous cemetery in the world.

For the dear departed, Père Lachaise is the best address in Paris. Some 300,000 people reste ici. A cavalcade of French cultural and political history, with a few foreign entombments, including the playwright Oscar Wild and Doors front-man and zeitgeist icon Jim Morrison.

Summer is the worst time – there never is a good time.
They come from all across the world just to visit him.
A lot has come and gone since nineteen seventy one,
But I’ve never ever gotten used to living next to Jim.

Why do they come and queue for a man they never knew
Who had gone to meet his maker before most of them were born?
I guess that it’s the fame, or the magic of a name,
Or a spirit never tamed, that brings them here to mourn.

The Poles will throw a party for their Chopin, and the arty
Bring flowers, poems and candles, and others’ wine and bread,
Why do young folk come to rave ‘round an ancient rocker’s grave?
Don’t they know how to behave in the presence of the dead?

It’s the best address in town, but I think I’d rather be
With Karl and all the comrades up in Highgate Cemetery.
Though there’s nothing to compare with this famous cemetaire,
There’s not much love to spare between the Lizard King et moi.

Living near the great is highly over-rated.
They stand upon my headstone just to get a better view.
If I was recreated, I’d sooner be cremated
And scattered on the river or some quiet avenue.

Yes, Père Lachaise is the most famous cemetery in the whole wide world. Therein recline some of the most famous names in French history and culture. And imports like Oscar Wilde and Jim Morrison. Edith Piaf, Marcel Marceau, Delacroix and Gericault, The man who built the Suez Canal, and Antoine Parmentier who popularised the heath benefits of the humble potato. Maria Callas’ ashes were there until some Greek stole her urn and scattered her on the Aegean Sea.

The singers, and the dancers, and the actors, and the chancers,
The rebels and the statesmen, and the fallen communards,
Napoleonic Generals and politicians’ wives.
The poets and the dreamers, all those other famous lives.

The writers, and the waiters, and those great large format painters,
Deportee commemorations, Oscar’s winged androgenoid,
The names no one remembers, and the ones no one forgets,
But Jim’s here with empty coke cans and the smell of cigarettes.

And, summer is the worst time – there never is a good time.
They come from all across the world just be with him.
A lot has come and gone since nineteen seventy one,
But I’ve never ever gotten used to living next to Jim.

From:  In That Howling Infinite – Poems of Paul Hemphill, Volume Five 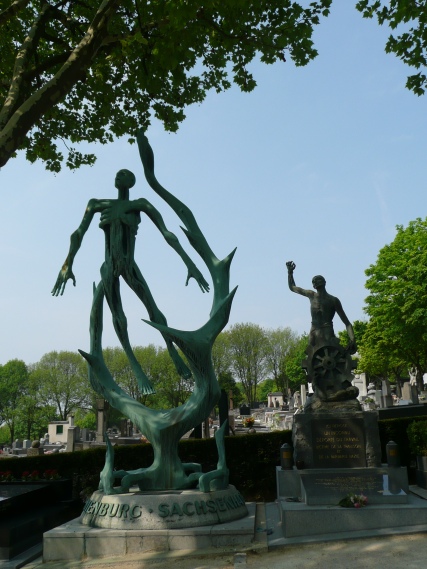 One thought on “Chanson – living next to Jim”