I wear the weave of history like a second skin,
I wake with runes of mystery of how we all begin,
I walk the paths of pioneers who watched the circus start,
The past now beats within me like a second heart.
Paul Hemphill. E Lucivan Le Stelle

Whilst its scope is eclectic and wide ranging in content In That Howling Infinite is especially a history blog. It’s subject matter is diverse. Politics, literature, music, and memoir are featured –  but it is at its most original and informative, a miscellany of matters historical, gathered in Foggy Ruins of Time – from history’s back pages – yes, an appropriation of lyrics from two Bob Dylan Songs.

In compiling the annual retrospective for 2022, I decided I would put together a list of my favourite posts in each of the categories described above, beginning with the history ones. My primary criteria were not so much the subject matter, which is diverse, as can be seen from the ten choices (shown here in alphabetical order) but firstly, what I most enjoyed writing and secondly, those I considered the most original insofar as I referenced and republished few other voices, other than direct quotations from the sources I was consulting and books I was reviewing.

A cowboy key – how the west was sung

Outlaw songs and outlaw gothic are as much apart if the mythic Wild West as cowboys and gunslingers. A nostalgic canter through some of my personal favourites on records and in movies.

Western folk, long on romanticism and short on historical knowledge, associate crusades and crusaders with medieval knights, red crosses emblazoned on white surcoats and shields and wielding broadswords battling it out with swarthy scimitar-swinging, be-turbaned Saracens. Here, we widen that orientalist perspective.

A Short History of the Rise and Fall of the West

“… one thing is for certain: we all love a good story. As they say, in Arabic, as indeed in all tongues, times and places, “ka-n ya ma ka-n bil ‘adim izzama-n wa sa-lifi al aSri  wa la-wa-n”‘ or, “once upon an time”. An original,  idiosyncratic and not strictly accurate journey through those foggy ruins of time.

We know how the story of Thomas Cromwell ends. It’s how Booker prize winner Hilary Mantel gets us there that matters. Our questions here are whether Thomas could sense where it was all headed, and whether he could have quit while he was ahead. 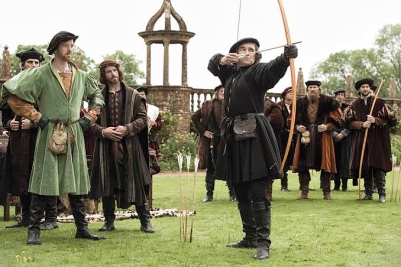 “A wide-ranging rural road trip through England’s green and pleasant land takes the traveller by antique and desolated abbeys and monasteries, their ageing walls crumbling and lichen covered, their vaulted pediments open to the English elements. The celebrated poets of the romantic era immortalized these relics in poetry, and even today, when one stands in grassy naves, gazing skywards through skeletal pillars, one can almost feel an ode coming on”. A brief dissertation on Thomas Cromwell’s English revolution. 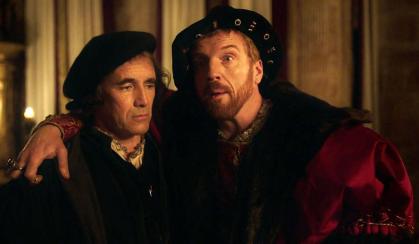 Mark Rylance and Damian Lewis as Tom and Hal

It is late summer in 1806, in the colony of New South Wales. After he loses everything he owns in a disastrous flood, former convict, failed farmer, and all-round no-hoper and ne’er-do-well Martin Sparrow heads into the wilderness that is now the Wollemi National Park in the unlikely company of an outlaw gypsy girl and a young wolfhound. Historian Peter Cochrane’s tale of adventure and more often than not, misadventure, set on the middle reaches of the Hawkesbury River at time when two culturally and spiritually disparate peoples collided.

Roman Holiday – the perils of a poet in Nero’s Rome

In the First century, the Roman Empire was a far-ranging and cosmopolitan polity extending from the shores of the Atlantic to the borders of Persia. As far as we can ascertain from the historical record, Meniscus Diabetes was born in Rome in 25 CE. His father was a Greek slave in the Imperial Household of Tiberius Caesar, Emperor of Rome. These were turbulent times for Rome and Romans, but our hero managed to navigate through them. 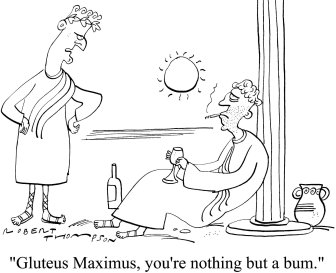 The Sport of Kings’ is not a history book – nor is it an historical novel. But it is most certainly about history. And about identity. As Morgan puts it: “You would never escape the category of your birth”. It is also about memory and myth: “Repeated long enough, stories become memory and memory becomes fact”. It is both a meditation on race, on slavery – America’s “original sin” – and a bitter inversion of the American dream.

The Twilight of the Equine Gods

An illuminating canter through the story of the “Centaurian Pact” between humans and horses. it is at once a ride andrevelation, and a reminiscence of my short-lived ‘cowboy’ days. The horse” has been man’s most important companion – forget cats and dogs – and the most durable of historical alliances, and yet, over the span of a few decades, a relationship that endured for six millennia went “to the dogs” – excuse my awful pet-food pun. And it happened almost unremarked, unnoticed, and unsung.

Our forest neighbour, recently deceased and internationally acclaimed English photojournalist Tim Page ran away from boring ‘sixties Britain to the exotic East at the age of seventeen, taking the ‘overland’ route that decades later would be called ‘the Hippie Trail’. He washed up in the great war of our generation, and left it critically injured and indeed clinically dead in a medivac chopper. This is the story of a war, and a young man who wandered into that war.