It is not Leonard Cohen about whom I write.

The passing of a beloved singer or poet is a sad affair, the initial shock on hearing the news segueing into bitter-sweet memories of songs and poems and how they provided a soundtrack or bookmark to significant events in our lives. We’ve had opportunities aplenty this year with so many of our icons knocking on heaven’s door.

But the murder of singers and poets on account of their words and their voices is sadder still. It diminishes our lives and indeed, it diminishes the world in which we live, and in its hatred and nihilism, strikes at the heart of the values we hold most dear.

So it was with Spanish poet Garcia Lorca, murdered in 1936 by Generalissimo Franco’s Nationalist soldiery at the beginning of the savage Spanish Civil War. So it was with Chilean folk singer and songwriter Victor Lara, slain in a soccer stadium in September 1973 by Augusto Pinochet’s thugs.

Rest In Peace, Amjad Fareed Sabri, acclaimed Pakistani maestro of Qawwali Sufi devotional music who was murdered in Karachi in June this year by Taliban militants.

Ajmat and his brother Maqbool were the acclaimed Sabri Brothers, two the most renowned qawwals – up there with Nusrat Fateh Ali Khan, muse and mentor of Jeff Buckley. 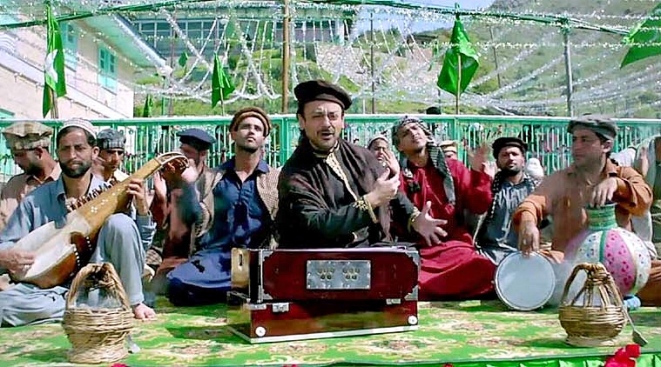 The songs Ahmad Sabri and his father performed are part of a Sufi tradition dating back to the 13th century. Known as Qawwalis, steeped in mysticism and sometimes based on mystic poetry, they are a key part of the spiritual life of millions of Muslims across south Asia and enjoyed by wider audiences of many faiths.

But both the music, and the shrines at which it is often performed, have long been a target for religious conservatives who shun all forms of music and consider the shrines unorthodox. Dozens of sites have been targeted in attacks, including a 2010 suicide bombing at one of Pakistan’s most popular shrines. Qawwalis have long been criticized by the Taliban and other hard-line groups that reject all music as un-Islamic, and particularly object to those songs which focus on the life of the prophet Muhammad.

The murder of a popular singer from a famous and well-loved musical dynasty was a clear warning to others trying to celebrate and preserve Pakistan’s indigenous traditions, and the  pluralism and diversity of religious practice and cultural expression in this tortured part of the world.

I recall seeing the Sabri Brothers perform in London in 1977, led in those days by Ajmad’s father Ghukam Farid, just before I departed for Oz. I still treasure – and play – these glorious songs of praise. their driving rhythms, exotic melodies, and spirited call and response, and enthralling and hypnotic,  Here are two of my long-time favourites, sung by Sabri Senior. Listen for yourself.

‘Bhar do Jholi’ is a praise song for the Prophet and for his companion Bilal and his grandson Hussein, (who with his father Ali are the founding martyrs of Shia Islam).  Read the translated lyrics here.

For more on the Sabri Brothers and Qawwali, see: