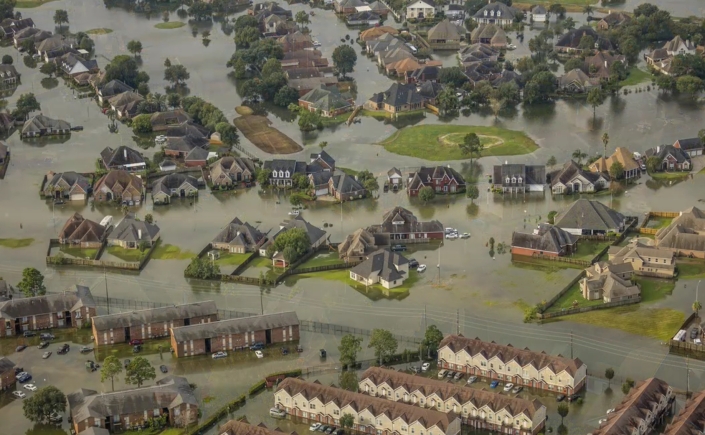 “Thirty years ago, we had a chance to save our planet. Almost nothing stood in our way – except ourselves”.

The New York Times recently devoted its weekly magazine to one article only, a lengthy feature by American novelist and essayist Nathaniel Rich.

Losing Earth is a historical narrative of the years 1979 to 1989, a decade when humankind first came to a broad understanding of the causes and dangers of global warming and climate change. Complementing the text is a series of aerial photographs and videos taken over the past year by George Steinmetz. The article is based on 18 months of reporting and well over a hundred interviews. It tracks the efforts of a small group of American scientists, activists and politicians to raise the alarm and stave off catastrophe.

It will come as a revelation to understand how thoroughly they grasped the problem and how close they came to solving it.

As early as the mid ‘sixties, American scientists and intelligence experts were warning how increasing carbon emissions and what Rich describes as “the unwitting weaponisation of the weather” could alter weather patterns and wreak famine, drought and economic collapse. In 1965, President Lyndon Johnson’s Science Advisory Committee was its published its executive report on carbon dioxide warned of the rapid melting of Antarctica, rising seas, increased acidity of fresh waters — changes that would require no less than a coordinated global effort to forestall. In 1974, during Richard Nixon’s presidency, the C.I.A. issued a classified report on the carbon-dioxide problem. It concluded that climate change had begun around 1960 and had “already caused major economic problems throughout the world.” The future economic and political impacts would be “almost beyond comprehension.”

It was recognised that unless coal production and use was phased out and fossil fuel combustion dramatically reduced, the world was careering toward an existential crisis. And the all important questions were asked: Could the global warming trend be reversed? Was there time to act? How would a global commitment to cease burning fossil fuels come about,? And, crucially, who had the power to make such a thing happen?

The ritual repeated itself every few years. Industry scientists, at the behest of their corporate bosses, reviewed the problem and found good reasons for alarm and better excuses to do nothing. Why should they act when almost nobody within the United States government — nor, for that matter, within the environmental movement — seemed worried?

Why take on an intractable problem that would not be detected until this generation of employees was safely retired? Worse, the solutions seemed more punitive than the problem itself. Historically, energy use had correlated to economic growth — the more fossil fuels we burned, the better our lives became. Why mess with that?

In July 1883, National Academy of Sciences commissioned a 500 page report, ‘Changing Clinate’. Things were dire but there should be caution and not panic. Better to wait and see. Better to bet on American ingenuity to save the day. Yes, the climate would change, mostly for the worst, but future generations would be better equipped to change with it. America had solved every existential problem it had confronted over the previous generation; it would not be daunted by an excess of carbon dioxide.

The Washington Post called this “clarion calls to inaction”, loud-sounding nothing’s which the administration and the fossil-fuel industry willingly bought into.

Whilst acknowledging the phenomenon, scientists, politicians and fossil industry executives argued about the urgency and the means. President Reagan indeed appeared determined to reverse the environmental achievements of Jimmy Carter, before undoing those of Richard Nixon, Lyndon Johnson, John F. Kennedy and, if he could get away with it, Theodore Roosevelt.

Because of the lag between cause and effect, it was unlikely that humankind would detect hard evidence of warming until it was too late to reverse it. At a congressional hearing in 1982, Melvin Calvin, a Berkeley chemist who won the Nobel Prize for his work on the carbon cycle, said that it was useless to wait for stronger evidence of warming. The time for action was past … “It is already later than you think.”

Three decades ago, the problem was recognized by scientists, industrial leaders and politicians of all parties. But then, it was if a stupid bomb dropped. As Rich writes in his epilogue, “Everyone knew — and we all still know. We know that the transformations of our planet, which will come gradually and suddenly, will reconfigure the political world order. We know that if we don’t act to reduce emissions, we risk the collapse of civilization. We also know that, without a gargantuan intervention, whatever happens will be worse for our children, worse yet for their children and even worse still for their children’s children, whose lives, our actions have demonstrated, mean nothing to us”.

Can we turn things around? The prognosis is not an optimistic one. It would appear that human beings, whether in global organizations, democracies, industries, political parties or as individuals, are incapable of sacrificing present convenience to forestall a penalty imposed on future generations. “ … we have trained ourselves, whether culturally or evolutionarily, to obsess over the present, worry about the medium term and cast the long term out of our minds, as we might spit out a poison”.

Read on…
https://www.nytimes.com/interactive/2018/08/01/magazine/climate-change-losing-earth.html
For more on our environment in In That Howling Infinite, see The Return of the Forest Wars; Tolkiens’s Tarkeeth – Images of Isengard: and Tolkien’s Tarkeeth – In the darkest depths of Mordor